Global steel pipe producer Interpipe has registered its trademark with the Ministry of Commerce and Industry in the Kingdom of Saudi Arabia. This follows the trademark registration in UAE in 2015, a move that will strengthen the company’s position in its fight against counterfeit steel pipings.

“Over the last five years, we have supplied over 80 thousand tons of pipe products for clients from the Kingdom. However, we are increasingly facing competition from counterfeit products on the market. The registration of the trademark is a measure to protect our clients from counterfeit products of inferior quality and reinforces the company’s commitment to delivering the highest quality certified steel”, commented Andrey Burtsev, Commercial Director for Middle East, Africa and Asia markets, Interpipe.

With a mission to fight against fake steel across the Middle East market, Interpipe is an active member of Steel Alliance Against Counterfeiting. It is a non-profit organization that now counts 18 reputable producers of steel pipes, flanges and fittings as members. The mission of the Alliance is to ensure quality and safety in the construction segment and its protection against trademark counterfeiting through close cooperation with governmental bodies, distributors and contractors around the Gulf.


About Interpipe
Interpipe is a global producer of steel pipes and railway wheels, based in Ukraine. The company’s products are marketed in more than 80 countries around the world through a network of sales offices located in key markets of the CIS, the Middle East, North America, and Europe. The company has made major contribution to infrastructure projects in the region with the premium pipe products in various applications, including steel structures, fire-fighting, heating, ventilation and chilled water. Particularly, Interpipe participated in the construction of King Abdulaziz International Airport, King Abdullah Financial District, King Abdullah Economic City, Jeddah Gate Development, Jabal Omar Development in KSA as well as numerous residential and commercial buildings in the UAE, Qatar and Kuwait.
For the details of official distributors, please contact Interpipe representatives http://me.interpipe.biz/contacts/contacts 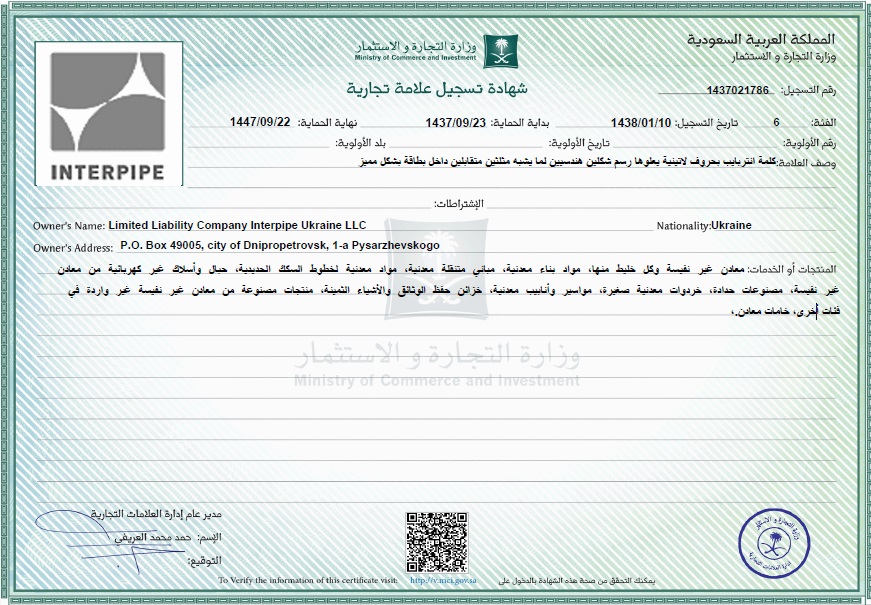